Verdantix released its annual global survey of 304 real estate occupiers across 16 geographies and 18 industries on their firms’ real estate strategic direction, governance, budgets and priorities in relation to technology decisions. The survey revealed that 31% of interviewees expect their budget for facilities and asset management software to grow by more than 5%.

Respondents revealed these top real estate objectives for their firms:

END_OF_DOCUMENT_TOKEN_TO_BE_REPLACED

On the surface it may just be a date, but the year 2020 is certain to be an important one for facility management. It is in this decade that ideas, technologies and attitudes long talked about as ones that will redefine the industry start to come into effect. For FMs to succeed in such a decade, we must prepare ourselves for what’s to come.

Of course, that can be easier said than done. There are so many considerations, so many trends that FMs are constantly being told to prioritise that determining what is actually important and what is just a high-pressure sales pitch can feel all but impossible.

That’s where we come in. Below, we highlight five facility management trends that we believe will define both the coming year and the coming decade.

It is not likely to come as a surprise to many that smart technology is at the top of this list. Forecasts indicate that the year will see 5.8 billion Internet of Things (IoT) endpoints active worldwide, with over 38 billion connected devices in use. That’s a 21% percent increase over 2019 – the same rate of increase seen the year before. Such proliferation is set to drive more demand from facility users as they grow accustomed to using smart technology, especially as artificial intelligence, edge computing and 5G networks boost the IoT’s potential.

Where the challenge lies for FMs is in the developing the skills to implement such technology safely and effectively. According to Microsoft’s IoT Signals Report, 47 percent of interview subjects recognise a relevant skill shortage, while 38 percent admit they find the technology too complex. That’s a problem not only because it makes FMs hesitant to adapt, but because it leaves organisations that install devices despite the skills gap vulnerable to security breaches. Only 19 percent said they take security into consideration when adopting new devices.

Fortunately, the industry is starting to address these gaps, with events such as the upcoming Total Facilities 2020 giving prominence to the topic in their programming.

The relationship between an FM and their tenants is in the midst of a radical overhaul. While demand for commercial and residential space is on the rise alongside population figures in major cities, it’s the new breed of tenants that hold the power in the relationship.

Why? Because this tenant doesn’t hesitate to pack up and move to the building down the road if their needs are not met. They prioritise control, choice and flexibility over contentment and ease.

That doesn’t mean FMs must be subservient to tenants, nor that they must meet every request in order to keep them happy. What it does mean is that communication and connection have never been more important in the FM/tenant relationship. Both parties stand to benefit from this, provided they commit to establishing common ground.

Sustainability is such a prominent issue in facility management that we dedicated an entire issue to it in 2019, and because of incidents such as the Australian bushfires, the intensity with which people consider the environmental impact of buildings will only heighten.

A popular misconception about sustainability is that it only refers to waste management. Sure, waste management is one element, but so are such considerations as product stewardship, energy procurement and even the daily commute to work. The opportunity to contribute to a cleaner world in ways that also benefit the organisation is exciting, and FMs must start looking at sustainable efforts in 2020 if they have yet to already.

The idea of outsourcing FM services is nothing new, but this decade is set to deliver a massive boost to the sector. By 2025, it is predicted that the global outsourcing market will hit $1 trillion, thanks to the operational and financial benefits it provides.

The primary reason for outsourcing should never be based on costs, but on its ability to deliver better services while lightening the load of FMs so they can focus on the most important aspects of their position. For an industry as time-starved and traditional as this one, that is crucial.

The way we work is changing. The Industrial Age concept of the worker who spends a fixed time working at a fixed workstation day in, day out is finally being recognised as a redundant one. Facilities must be prepared to address this ever-growing trend without being reactionary or sinking funds into a project that FMs hope will appeal to potential tenants.

As a building owner you’re more than likely familiar with the Grenfell Tower fire of June 14, 2017. But could it happen to your building?

This article follows the current common practice used in cladding evaluations from start to finish with the intent to better inform building owners of the process, reasons behind each step, what they can expect as an outcome and their statutory responsibilities.

What types of cladding are there on my building? Is it flammable? How much is there? Is it safe to leave? What are my legal obligations? Are there any options other than having to remove it? Will the replacement look and perform the same?

These and many other questions have been confronting property owners and facility managers over the past couple of years, with the Grenfell fire bringing the issue into particularly sharp focus. Without a technical background, understanding even where to start can be daunting, especially when the outcome of such a process could become an expensive burden on the asset owner.

END_OF_DOCUMENT_TOKEN_TO_BE_REPLACED

A common question with regard to property is: what is strata? Strata title is actually an Australian innovation in property law that has been copied around the globe..

Strata title allows individual ownership of part of a property (called a lot’ and generally an apartment or townhouse), combined with shared ownership in the remainder (called ‘Common Property’ e.g. foyers, driveways, gardens) through a legal entity called the owners corporation — or body corporate, strata company or community association, depending on your state or territory of residence and the type of scheme.

The concept only came into being 50 years ago and there are now more than 270,000 such schemes encompassing more than two million individual lots across Australia. In Sydney strata now accounts for more than half of all residential sales and leases because of its popularity with investors. An increasing number of commercial and retail properties are also strata titled. In Western Australia there are even strata-titled vineyards.

END_OF_DOCUMENT_TOKEN_TO_BE_REPLACED

More and more people are beginning to call an apartment home and a large percentage of them are coming from living in detached housing.

Apartment living can be great but it is not like living in a house and there are some things buyers need to understand about sharing their space. That’s right – you will be sharing your space. While your apartment is your sanctuary, the steps from the building front door to your front door are likely to belong to everyone. Not only that but you will be required to pay a levy, have voting rights at the building’s annual general meeting and should familiarise yourself with the by-laws.

Take heed of the following simple tips that can make or break your apartment living experience.

Remember that you’ll have to budget for levies to fund the annual running expenses of the owners’ corporation and its long term maintenance. Ultimately, this protects the value of your financial investment.

3. Know What You’re Buying Into

Check that the car space or garage you were shown is correctly allocated to the apartment – the strata plan will usually detail this. Your lawyer should also take you through the contract to ensure you understand each step of the purchase process.

Acquire a full copy of the by-laws that are specific to your owners corporation, so that you understand the rules that you will be required to live by.

5. Show Me the Money

Have a good look at the condition of the building and make sure that the funds in the sinking fund match long term maintenance planned for the next few years.

Before you buy, check whether the owners corporation will welcome both you and Fluffy into the building. Don’t necessarily take the word of the selling agent when he tells you the block is pet friendly.

Educate yourself about your rights and responsibilities when living in a strata title property. Some of the state SCA organisations offer free consumer seminars. In NSW you can also do some free online training. Check out the website for your state.

Find out what emergency arrangements are in place or who to contact on your executive committee if something goes wrong in the building.

Take an active interest in what goes on in your building. Attend the annual general meeting so that your voice is heard and consider becoming a member of your building’s executive committee.

Remember that in an apartment building, your neighbour is usually just on the other side of the wall. Live next to them as you would have them live next to you. 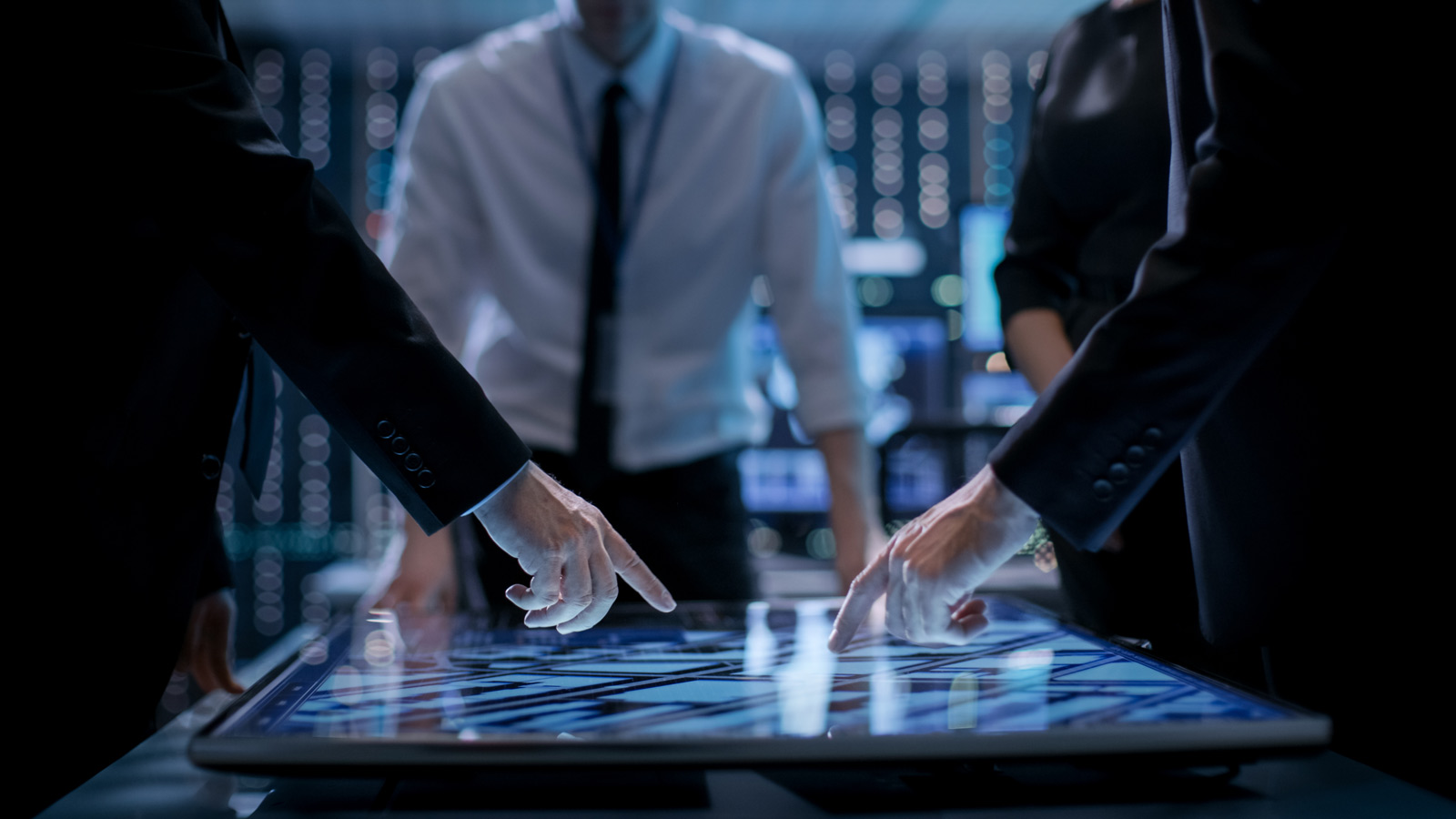 The first half of 2019 will be active for facilities management recruitment, with the focus on securing professionals who can deliver greater value, the report states. In general, employers are looking for candidates who can manage a larger portfolio or add additional value in some other way. This is the result of service providers needing to work harder to win work.

This competition for work has also seen salaries remain sluggish, with candidates responding by looking for a new opportunity offering a higher salary elsewhere.

The resulting increase in turnover is fuelling vacancy activity and creating hotspots of skills in demand. Hays says demand will be high for: